I recently became an US citizen after living in the country for 14 years. Truly exhilarating that I am now officially a citizen of this country that welcomed me 14 years ago with open arms. Of course with title comes duty and responsibility as a citizen to this country. One of which is the unique judicial system of being judge by a panel of 12 peers. I was privy to this real courtroom drama for the first time last year in February.

I got my Jury summons in the month of February, 2015. S. But I figured, just like with my husband, the experience would end with a cursory checking of the summons page and not being called in. But that was not going to be the case for me. I checked the summons page on Monday and towards the end of the day, I was asked to come in on Tuesday. So Tuesday morning, I checked in at 9:30 at the San Jose court house. From there on, it was a waiting game until after noon 3:00pm.

But before I get to that part, I want to share some insights on being prepared. First off, take a water bottle. The court house has a water fountain, but I think its always better to carry water since the court itself doesn’t have accessibility to water. Next is food. Although there are 2 stalls inside the court house that has some basic stuff, do get some food with you. Especially if you are a vegetarian like me…I had to sustain myself with a TOGO sandwich since none of the other nearby restaurants were particularly vegetarian friendly. Also, do bring an extra sweater and a book or something to read. There is a lot of waiting around that happens. I took this time to memorize my PMP process flash cards. So it was time well spent.

Now getting back to the Jury selection process. It was quite intriguing. After the judge went over the procedure in general, he opened the floor to whats called “Hardships”. Basically, this is where people with hardships in life who cannot be a jury member would give their reasoning and potentially get excused. The judge asked the rest of folks to wait in the waiting room while he heard the hardships. Once that was done, we were then asked to come back and resume the process again. One by one, we finally settled on the jury. I was one among the jury that did get selected. That pretty much was the end of the day since that took all day.

The next day we were asked to report around the same time. This time around, I was better prepared. So I took my water, food and snacks to eat and extra sweater. Once more I was prepared for more waiting around and hearing more lawyer jargon. At around 10:00am, the judge called us. And he said that he has some news for us. Fortunately  it was good news where the defendant apparently settled and dismissed us.

The whole experience was intriguing but also a bit boring. The worst part was going back home and doing at least half a day of work! I spent a good bit of the evening going through my emails and replying and at least doing some work. I guess I do understand now why folks dread Jury duty. It is slow, boring and its like a second full time job! I think offices need to better support Jury duty stuff and not pile full time work over jury duty. But one thing I can say is that I don’t need to worry for a while 🙂 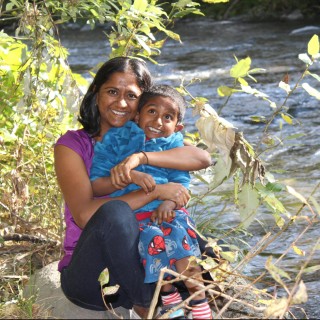 A working mother looking for adventure in every day. An avid cook who like to cook and eat good food.